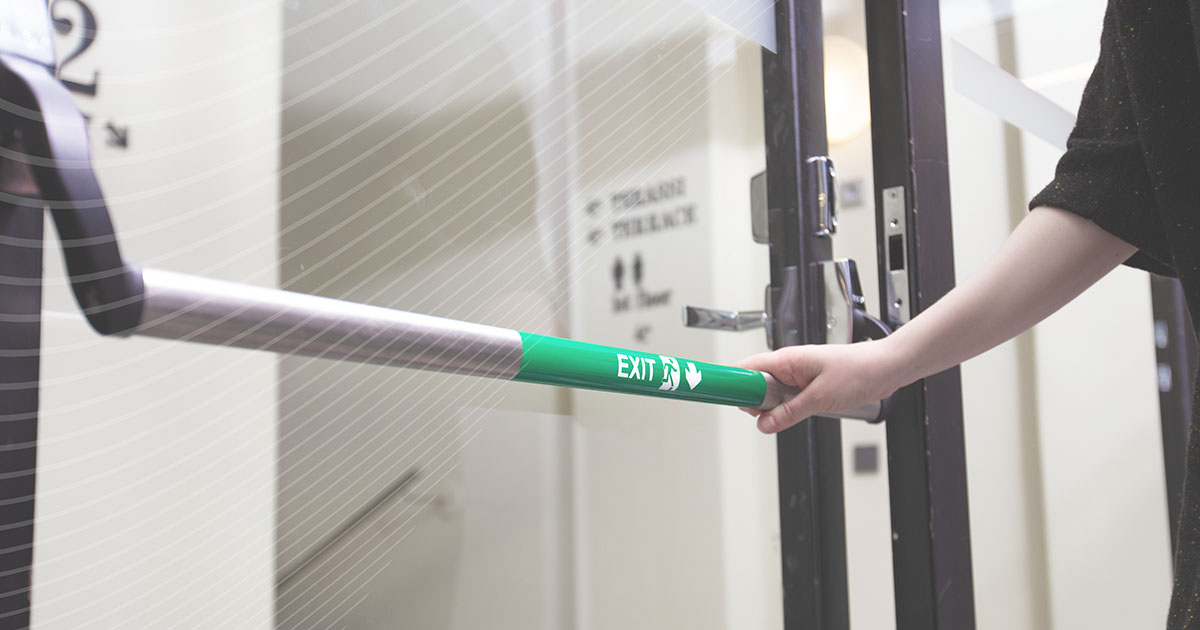 There are doors in Finnish public spaces that are difficult to use in the event of a fire or other emergency. Building design often puts emphasis on restricting unauthorised access, but safe exit is often not given as much thought. A recent guide published by the Finnish National Rescue Association in cooperation with access control professionals addresses this issue.

You may have seen doors in Ikea or on TV shows with crossbars that open the emergency exit with a gentle push. But how many such crossbars have you seen in the last week? Probably not many. You may not even know what a crossbar is yet. It is something that could save your life in an emergency.

Finland is lagging behind the rest of Europe in terms of door exit safety. Emergency exit solutions common in European public facilities are not yet widespread in Finland.

Accidents can also happen in Finland

“Although fire safety is at a good level in Finland, major accidents can happen here as well. You only need one locked public door during a fire”, says Mikael Huhtala, author of the Safe Opening Solutions on Exit Routes guide.

“You always have to be able to get out the door. Do we need a Finnish catastrophe to put things right?” Huhtala asks.

A door that prevents unauthorised entry and ensures emergency evacuation

Preventing unauthorised access is often emphasised over safe exit in the design of buildings. Yet it is perfectly possible to design a door that is easy to exit in an emergency but keeps unauthorised persons out. This should be taken into account both in new construction and the modification of older buildings.

The solutions presented in the Finnish National Rescue Association’s guide, such as buttons and crossbars for opening locked doors from the inside, conform to European standards and are reliable when properly maintained.

Doors and emergency exits should be safe and easy to exit, particularly in large spaces with plenty of people. Doors should open easily, without the need for great strength. The emergency door opening button should also be clearly visible in darkness during a blackout or fire.

“A panicked group of people can pack against a regular door so that friction prevents it from opening. A door with a crossbar that can be opened, for example by running against it, is a safer solution”, Huhtala says.