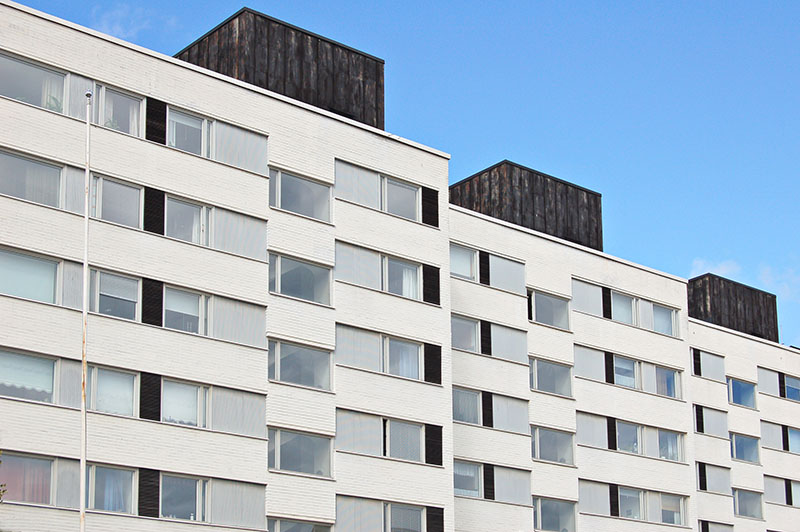 According to a recent study, the most cost-effective way to improve the fire safety of rental flats would be for the property to be responsible for smoke alarms. The study conducted by Finnish National Rescue Association and ARA revealed that about one third of the rental flats examined did not have a smoke alarm or the alarm was not working. According to the report, other cost-effective solutions include installing stove guards in the homes of people in need of special support and installing an automatic fire-extinguishing system in high-risk residential buildings.

Finnish National Rescue Association and ARA investigated cost-effective ways to improve the fire safety of rental flats. Based on the results, it is worth to consider transferring the responsibility for smoke alarms from the residents to the housing company in Finland. This is the most cost-effective way to prevent fires in rental flats and to ensure that every resident has a working smoke alarm in their home.

The study is unique also from an international perspective, as cost-benefit calculations related to fire safety have hardly been conducted, apart from a few Nordic studies related to the use of stove guards. In Finland, accident data has not been previously linked to the database of ARA rental houses. Especially in the older ARA housing stock, there is a need to improve the housing safety with cost-effective measures, as not all houses can undergo major renovations.

From a cost-benefit point of view, effective solutions for improving the fire safety of rental flats are solutions that could help prevent the spread of the fire, such as working smoke alarms, stove guards and stove alarms. According to the study, the most important of these is a working smoke alarm. Housing companies currently have a limited possibility to ensure that the flats have working smoke alarms, as the maintenance of smoke alarms that are not connected to the mains electricity is not on the responsibility of the property.

Internationally compared, Finland has a high rate of fire-related fatalities: every year, approximately 50–100 people die in fires. In recent years, a missing or defunct smoke alarm has been a factor in an average of 60 per cent of the fatal fires with confirmed data on the functionality of the smoke alarm. Only 1–2 per cent of the housing stock is renovated in Finland per year, so building new houses or renovating the existing stock and updating the system cannot significantly improve fire safety in the short term. The study looked for affordable measures that could potentially be implemented quickly.

As the population ages, the average functional capacity of the residents decreases and the need for technical solutions for improving fire safety increases. The lower the functional capacity of the residents, the more important it is to install fire safety technology – also from the cost-benefit point of view. For many people, ageing brings limitations to the ability to function, which can in turn cause problems with e.g. noticing a starting fire, extinguishing the fire or exiting the building.

‘Based on the results of the study, we can to certain extent rank different fire safety equipment and recommend them as being cost-effective. Stove guards are slightly more expensive, so we recommend installing them primarily in the homes of people in need of special support, for example, people with limited functional capacity or memory problems,’ says Kari Telaranta, co-author of the report.

‘It would appear that in a regular residential building, it would be beneficial for the housing company to be responsible not only for smoke alarms but also for fire blankets and stove alarms. Increases in maintenance costs are minimal, while the equipment is efficient. The exact costs were not calculated in the scope of the study, but based on the results, a stove alarm, which is cheaper than a stove guard, is a cost-effective solution for all residents,’ Telaranta says.

As risks increase, so do the benefits of even the more expensive technologies. Installing an automatic fire-extinguishing system might be a good idea in high-risk rental flats such as assisted living facilities, where the residents’ decreased independent functional capacity might prevent them from exiting the building in the event of a fire.

Cost-effective fire safety solutions were investigated in ARA’s Yhdyskuntien uudistaminen project. The primary object of the study was the existing ARA housing stock. The proposed measures are likely to be more widely applicable in other residential buildings built between the 1970s and the 1990s due to similar structural solutions. The final report of the study will be published in the Finnish National Rescue Association’s research series later in the spring.