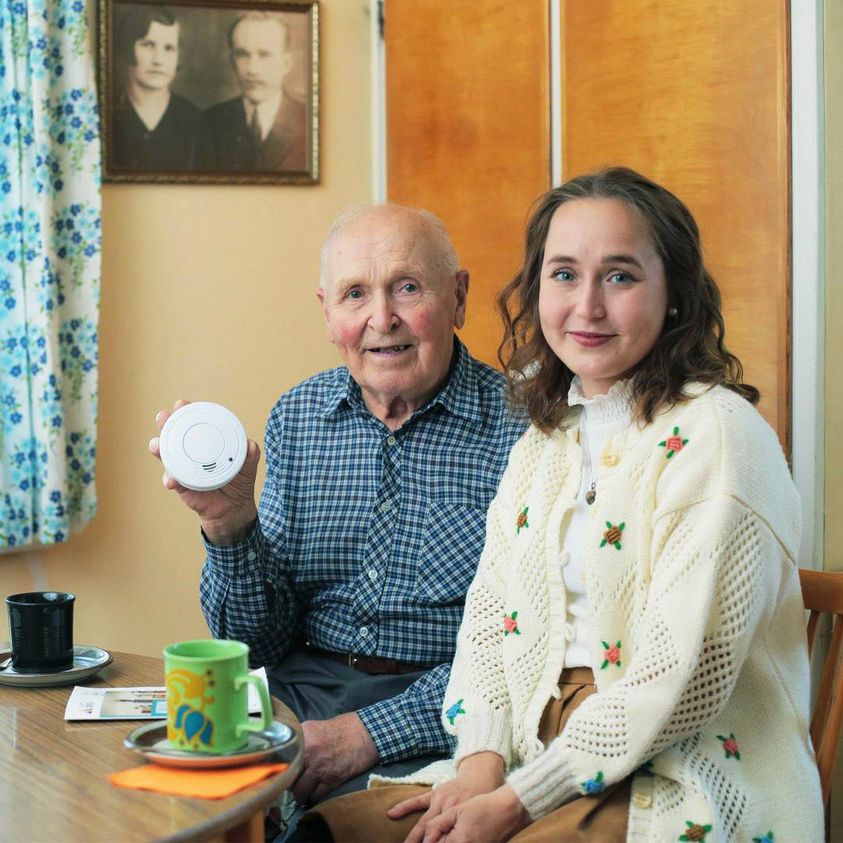 Half a million safety actions were taken during Fire Safety Week

The Finnish national Fire Safety Week, which took place in late November and early December 2021, succeeded in attracting more attention than in previous years. Of those surveyed, 45 per cent were aware of the campaign. The interest Finns have in fire safety at home seems to have increased significantly, and more than a fifth of those who were aware of the campaign took practical action to improve the safety of their surroundings.

Last year was the tenth time Fire Safety Week was organised in Finland. According to the questionnaire survey, 45 per cent of the respondents had encountered Fire Safety Week messaging. In 2020, that number was only 32 per cent, and in 2019, it was 36 per cent.

The Fire Safety Week messages that respondents particularly remembered were general fire safety and the importance of smoke alarms. Some respondents also mentioned taking care of elderly relatives’ fire safety, which was the year’s theme.

Fire Safety Week was most often encountered on television or in newspapers. Facebook was also an avenue through which a significant number of people were reached. Fire Safety Week’s visibility in the media has almost certainly been improved by the fact that organisations that are part of the campaign network campaigned more actively than ever in their own channels.

The campaign also activated people. Last year, 22 per cent of those who were aware of the week took actions that improved fire safety, in comparison to 14 per cent in 2020 and 10 per cent in 2019.

Many of those who were encouraged to take concrete actions by Fire Safety Week reported that they had taken actions like testing the smoke alarms in their homes. If the results of the survey are indicative of the general population, then a little over half a million safety actions were taken during Fire Safety Week.

Almost all respondents were of the opinion that people can improve fire safety through their own actions. According to the survey results, basic actions like monitoring candles and stoves or ensuring smoke alarms are functioning properly are taken by the vast majority of Finns regardless of whether they were aware of Fire Safety Week.